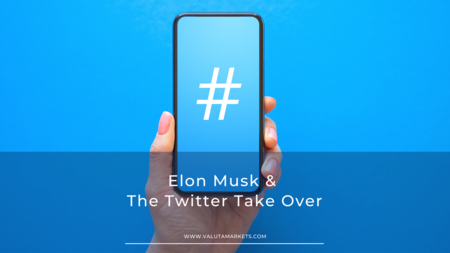 “Twitter has tremendous potential – I look forward to working with the company and the community of users to unlock it.” These were the words Elon Musk used to share his interest and effort to take over Twitter with the public.

Elon also expressed interest in relaxing the existing content restrictions to make Twitter the digital town square where vital matters would be discussed. He also intends to enhance the platform with new features to help eliminate fake accounts and bots and improve trust.

The takeover move has been pretty fast, considering Mr. Musk started buying shares on January 31, 2022. At the beginning of April, there was news that he had become the platform’s biggest shareholder holding a stale of 9.2%.

However, the journey has been easy and characterized by shock and some pushbacks. On April 4, 2022, Mr. Musk announced that he actually had more than 9% of Twitter shares. The disclosure was followed by Twitter offering him a board seat which Musk turned down.

By April 13, Musk had announced his intention of doing a hostile takeover. At this point, Twitter was ready to reject Musk’s bid and used the shareholders’ rights strategy to make it a tall order for Musk to buy the company. The plan would allow investors to purchase Twitter stock at discounted prices, which would be unavailable to Musk.

The discounts would create a flood of new shares, making Twitter expensive for Musk. Musk then publicly announced that he had secured $46.5 billion through his equity and banks like Morgan Stanley. This opened new negotiations to establish if the billionaire had adequate financing to acquire Twitter.

Agreements were reached, and some shareholders expressed their support for the bid. However, what was not clear was if Musk would be retaining all shareholders after the company went private. He had mentioned that his wish would be to maintain the maximum possible number of shareholders.

If you are wondering what made the board eventually consider Musk’s bid for the company, it is the fact that the environment has been challenging for tech stocks as they have been experiencing losses.

More so, for the stocks to reach a value beyond Musk’s bid price would take Twitter opposing the recent price trend in the tech sector.

The terms of the deal will be that each shareholder will receive $54.20 per share, and Twitter will become a private company. The deal closure completion is expected to occur by the close of 2022.

Twitter Takeover Could be A Threat to Tesla Shares

Musk’s financing for the Twitter acquisition included loans from banks and his equity acquired by selling Tesla shares. Already, Tesla’s shares fell as investors were concerned that Musk would be selling the shares to get financing for the takeover.

Tesla experienced a slump in the value of $125 billion. Analysts speculate that this would create problems for a loan that Musk had secured against his stake at Tesla. Tesla’s share price has taken a hit for sure as investors ponder whether his takeover move would be bad for the company. The shares dropped by 12.2%.

Insights into Twitter Stock Price as the Takeover Unfolded

Amid the takeover, the company’s revenue experienced a growth of $1.2 billion, and the number of daily active users increased to 229 million. Since January, the revenue growth amid the takeover has been 16%, which is more than last year.

There is a lot that Musk has to think about, from the retention of shareholders to resource policing of the platform. Already, Twitter has some structural problems which have made it impossible for the company to make money like its peers, YouTube and Facebook.

While it may take time and effort, Mr. Musk believes that is something that can be turned around and make the company profitable. Stakeholders are also concerned about whether it will be possible for Musk to make all these changes as he has other companies he is already running. The time constraints leave Tesla investors concerned about his ability to adequately devote time to the company. Other concerns from Tesla shareholders include whether Musk would need to sell his stake at Tesla again. Will Musk be able to multitask with the new takeover?