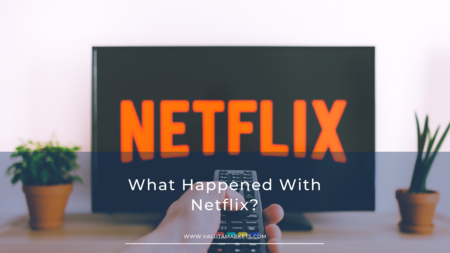 In the 2022 first-quarter earnings report, Netflix said its revenue growth had slowed down significantly. That was clear from the financial results and forecasts they had shared.

This lowered the stock price, erasing $38 billion of its market capitalization. The loss of subscribers, according to Netflix, is attributed to the Ukraine conflict, changing economic forces, shared subscriptions, and competition from other streaming platforms.

The earnings announcement and the warning of an impending loss of subscribers made the stock plummet by 35%.

Is Netflix Considering a Shift in Gameplay?

Netflix has held the place of being a disruptor in the entertainment industry for quite some time. Its entry into the streaming space served as a challenge to entertainment companies which have also created streaming services to better compete with Netflix.

There are several entrants with compelling services, which entail streaming, advertisement, and other supported services. The companies are competitive, and their approach is something Netflix may consider integrating advertising-supported subscription services, theatrical distribution, and even consumer services to firm up their revenue.

Reed Hastings, the company’s co-chief executive, had reservations about integrating advertising-supported tiers as he was focused on providing the customer with a seamless and straightforward subscription. Following the recent events, he seems to have changed his mind and seen it necessary to diversify and differentiate the revenue streams, even if it will take getting into the gaming industry.

Netflix has already breathed life into the gaming idea as the company already has a lineup of games that can be downloaded for free on mobile devices. What is not clear yet is plans to monetize the games. This is yet to be announced, but it is a likely route that Netflix could take.

Another issue that analysts think Netflix should address is the lack of must-see content. The lack of new content is indeed a problem for Netflix. The company should be thinking in the line of bringing on board fresh content and new hits that would prompt consumers to join and stay.

Something worth noting is that the lack of new content is one of the churning reasons, alongside cost issues. Netflix will have to do more to keep consumers hooked to their streaming services. The company will need well-thought-out, well-timed, and liked programming to stand out and to keep customers interested.

While the kind of content available on Netflix is a reason behind the high churning rate, let us not ignore the fact that cost issues are also a significant contributor. For instance, the most recent price increase of the service in Canada and the US led to the loss of 600,000 subscribers.

Netflix is keen on seeing a change in the financial results, and for this to happen, they have to improve several aspects of Netflix.

The first issue they have to address is customer satisfaction. Netflix said the company intends to enhance the quality of the recommendations and programming. One of the tools they would use to improve the recommendations is introducing a “double thumbs up” button. This way, consumers will be allowed to point out what they love, which will, in turn, inform the recommendations.

In order to give consumers products and shows that keep them hooked, Netflix will also work on their creative element and story development.

As aforementioned, shared passwords have hurt their revenue. The company is now focused on cracking down on freeloaders by cutting shared passwords. With a smaller number of households sharing passwords, Netflix should be able to achieve revenue growth from new subscriptions.

The move is also geared to enhance security by enabling the account owners to choose the users to stay active on their accounts. This way, the owner of the Netflix account can remove users and devices they don’t recognize.

Currently, the accounts only provide the owners with a history of devices that had recently used the service.

If Netflix manages to control password sharing, then the company should be able to address the financial implications caused by over 100 million unauthorized users.

From the look of things and especially the financial aspect, Netflix has a lot of groundwork to do if the company is to increase its revenue. The strategies the company is counting on to achieve the revenue growth plans include curbing shared accounts in households, enhancing content and customer experience, and differentiating its services and products.  Netflix acknowledges that its future growth is also pegged on investing in international production and will consider production in different parts of the world.