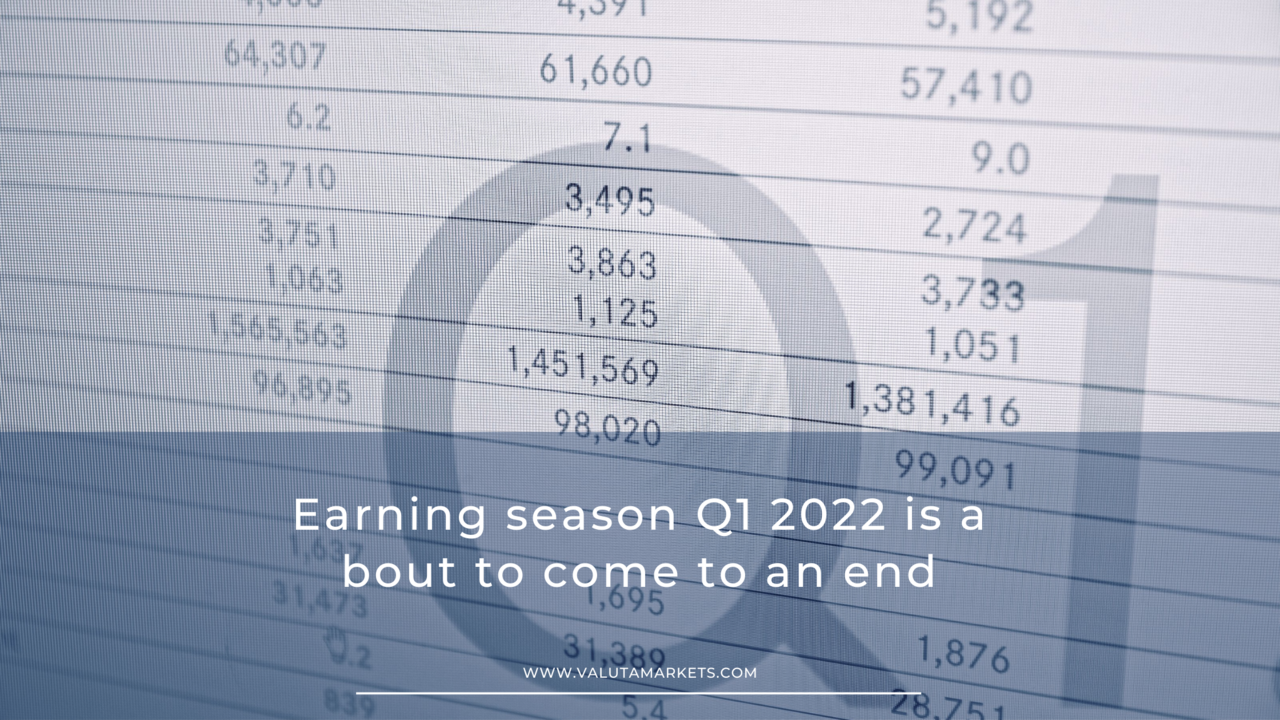 The 2022 Q1 earning season has already picked momentum and coming to an end with big movers like Netflix, Proctor & Gamble, Goldman Sachs, and Bank of America having already released their reports. The 2022 first-quarter earnings season came in unique times of geopolitical uncertainty following the Russia and Ukraine situation.

This means that analysts and investors had to factor geopolitical issues, supply chain challenges, and inflation apart from the financial results into their trading decisions. While earnings growth had been expected to decline in the first few earning seasons, the earning results showcased a positive outlook on the stock.

What has stood out is that economically inclined stocks have been performing better than technology stocks. Amid inflation, it has also been an excellent opportunity for investors to understand how the companies are handling inflation. Every sector seemed to be doing better than tech, after a prediction of about 25% growth.

Again, the earning season further proved that some companies win and others lose when there is inflation. The biggest beneficiaries of the high inflation include consumer discretionary, energy, industrial and cyclical sectors.

A wide range of sectors of interest to investors, such as banks, consumer brand companies, and transportation companies, were among the first to release their reports.

The Q1 2022 financial results were a product of the underlying weakness in the market. We are talking about supply chain issues, geopolitical tension, and inflation. This has been seen with the high energy cost, which also provides the evidence needed. Investors have to keep all these factors in mind.

Worth remembering also is that oil is a primary input cost in a wide range of sectors, and the ripple effect of the high prices may have affected all the other sectors. As investors may be judging the value of the stocks, they also need to ask themselves if macroeconomic factors may have informed the figures.

However, analysts and traders are hopeful of overcoming the weaknesses as there is an expected acceleration of the earnings growth. However, traders must also not ignore the fact there may be headwinds like decreased demand that will either move the market lower or keep it in correction for the next several months.

The growth of company earnings in the different sectors remains unsteady. While there has been growth in earnings for several companies, it has not been as aggressive as anticipated. For instance, S&P 500 has seen a 3.58% growth and another 8.62% from a low during the earning season.

Analysts’ and investors’ expectations were that the energy sector would outperform the estimates. The reports also helped the investors and analysts measure the impact of inflation and supply chain bottlenecks.

While the results will drive the market at the instance, they will also mostly be an outlook for Q2 and the rest of the year, considering they are the first results for the year. Any more pressure is expected to cap the earnings or move them lower.

4. Some Companies Have Beat Estimates

While some companies are beating analysts’ estimates, they are doing so by only small margins of about 3% to 5%. This is instead of the estimated over 10% estimates.

The 2022 Q1 reports released showed lower profit margins compared to 2021. This mainly resulted from lower sales volume due to inflation, among other disturbances experienced in the market. More so, the high-interest rates have seen an increase in the borrowing rate, which has, in turn, affected the earnings.

As companies are paying more for commodities and labour, it is expected that the profits will be lower due to high expenses compared to the previous year.

Important to note is that Wall Street analysts often pay attention to guidance. This is because stocks usually trade off dividend estimates and future earnings. The Q1 earnings report set the tone for the next quarters and the year.

From the Q1 results, the earning outcomes for the year will be affected by inflation, as it is projected to stick around much longer.