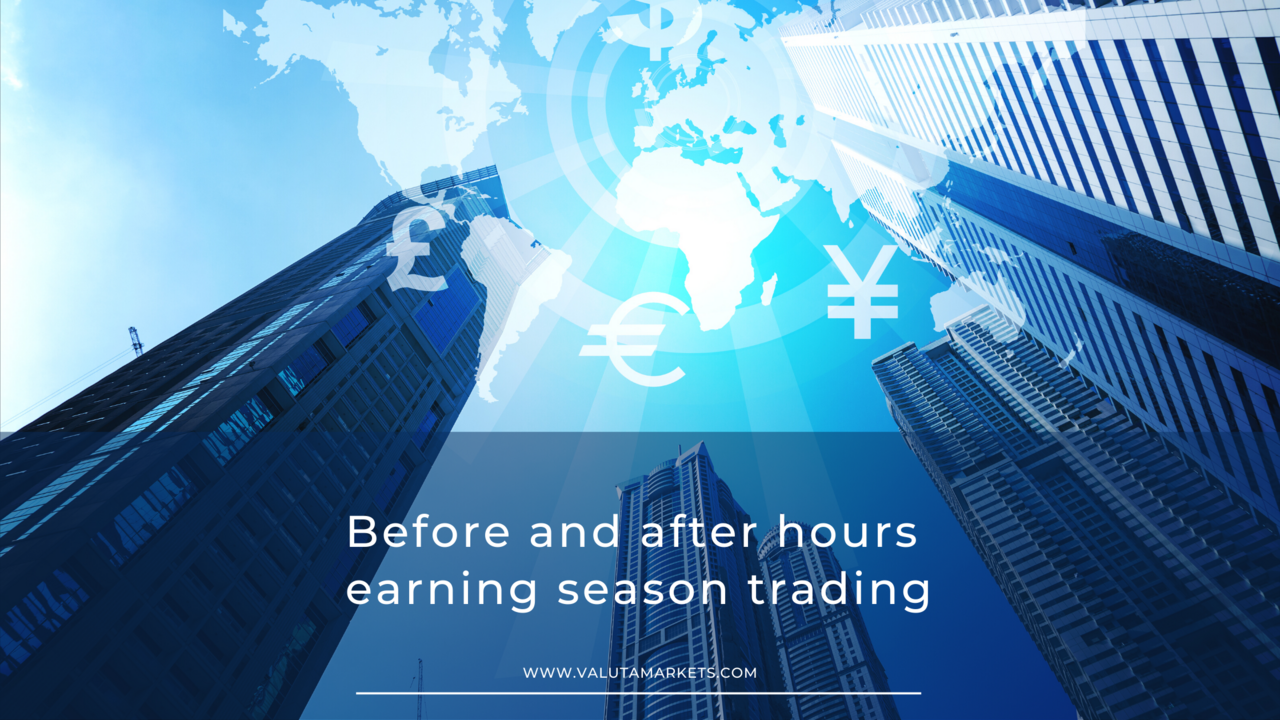 It is also important to note that trading outside the regular trading hours comes with several challenges investors need to be aware of.

This is when publicly traded companies share their quarterly earnings reports, and it takes place quarterly. The earning season is usually about two weeks at the end of every quarter, which falls in January, April, July, and October.

Market reactions and movements when the financial results miss or exceed the expectations of the analysts and investors. Traders can use this information to make the most out of trading outside the regular market hours. The reaction rate to the news determines how well the trader can capitalize on the movement.

The indicators thus cause price movements during the regular trading hours. The releases set the tone and inform the trading day.

As aforementioned, companies release their financial results before or after the regular market trading hours to prevent knee jack reactions. This way, they protect their companies and stocks from value misrepresentation. For instance, if the quarter’s profits are way lower than expected, this would see a very big shift from the stock during the regular trading hours resulting in huge losses. The losses, however, would represent a small portion of the stocks.

The movements are, however, still felt outside the trading hours. This makes trading pre-market and post-market hours important as you get to be among the first investors to react. When the regular session opens, the prices will have already changed. The companies target the regular hours for this very reason, as it is when their stocks’ fair value is reflected. When the stock prices reach fair value, it is usually to make a profitable move.

Trading before the market opens and before it closes comes with several benefits.

Reacting promptly to volatility gives investors the chance to make the most out of their trade before reaching the fair share price. Pricing opportunities are also better when trading outside the market hours. If financial results are below expectations, the share price could drop, allowing you to buy stock cheaply.

Convenience is the other benefit of trading stock during off-peak hours, especially for investors that are not full-time traders. Since financial results released during the earning seasons are made during off-peak market hours, you can also trade immediately, eliminating the need to wait until later in the day or the following day.

While trading outside the regular hours comes with benefits such as an opportunity to make fast moves, it also comes with some risks.

Off-peak trading hours are featured by a low trading volume which attracts the risk of wide spreads. That is between the bid and ask prices; this makes it hard to trade at a favourable price.

Buyers and sellers available during the off-peak hours are less than during regular market hours. It is, therefore, more challenging to convert stock to cash outside the regular hours.

Financial results reports for publicly traded companies are released before the stock market opens. This is a great opportunity for traders who buy and sell stock outside the regular trading hours. Understanding how you could use the off-peak trading hours will help you position yourself better.

As much as trading outside the market hours comes with benefits, such as an opportunity to capitalize on volatility, it also has risks that you should look out for.