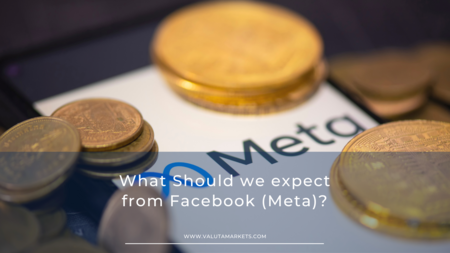 Facebook was given a new name, Meta, as the founder Mark Zuckerberg announced his plans to build a metaverse. He added that Facebook would not represent every part of the metaverse vision if the brand remained the same, hence the need to change it to Meta.

The creation of a metaverse would introduce a new virtual world that would breathe life into the concept of interoperability. This would be a critical time for the digital world, as an online environment with its own economy and participants or characters would be activated, changing the economy.

Is Meta Stock Worth Buying?

Considering the stock performance in the past several months, it would be safe to say that Facebook stock is on the path to recovery from the lowest the stocks have been in two years. Currently, the stock price is  higher than a month ago.

The 2021 full-year earnings reports were surprising as we saw a 26% loss of market capitalization of Meta in a single day. Facebook’s parent company Meta Platforms faces macroeconomic issues such as inflation and supply chain disturbances, which affect advertising and, consequently, the company’s primary revenue stream.

We can’t deny that Meta has encountered several challenges, including competition from social media platforms like TikTok and the increased vigilance on privacy protection which has limited the scope of advertisements. While this is the case, the company’s management is very much focused on building the Metaverse, and Meta stock remains a good buy for investors. So, what does the year have in store for Meta? What should we expect from the social media giant?

1. Meta Will Maintain Its Competitive Advantages

The biggest asset of the platform has been its ever-growing user base of over 2.9 billion monthly active users. The network effect, enabled by the large user base and switching costs, has made the platform stand out.

The large user base has made Facebook number one when it comes to reach, and so far, no other social platform has been able to compete. As the users have been increasing, the platform’s services, alongside their value, have been increasing to accommodate the users’ needs.

Thanks to the competitiveness exhibited, Facebook will remain a leader in the social space, which is a positive indicator for investors.

As aforementioned, Facebook, aka Meta, remains the social media leader boasting billions of monthly active users. Worth a mention is the $117.9 billion annual revenue the business generates for the Meta Platforms business.

The business has been making profits consistently, making it stand out from other social media platforms. Facebook stock is among the cheapest in large tech companies. Following the 2021 quarter-four financial report, Facebook shares are trading for 15.5 at a price-to-earnings multiple. This is lower than half of the Nasdaq 100 technology index of 32.

To trade in line with the broader market, Facebook would have to double in value. This is what makes Meta stocks cheap. This provides investors with an excellent opportunity to buy with the belief that the CEO of the business will be driving Meta Platforms in the right direction.

Buying Meta stocks when they are cheap is very likely not to be trading at the 50% discount they currently are once Metaverse becomes alive.

Despite the disappointing quarter-four financial results and the drop in Facebook stock price, analysts remain optimistic about the business. Wall Street analysts had different views on whether Meta stock is a hold or buy.

It is essential to keep in mind that the predictions are made by analysts who could be wrong. Doing your research and drawing your forecasts based on fundamental and technical analysis will give you an accurate picture.

While at it, keep in mind that as much as Meta had realized a 20% increase in revenue, the overall costs also increased by 38%. This resulted from investment in S&M and R & R&D, seeing a decline in the overall profit.

Meta is worth looking into as a potential investment vehicle. Market events have maintained the stock’s low process, and new developments create an opportunity for the social media giant to scale and double its revenue. Analysts, too, have maintained a positive outlook on the company’s stocks which is a good thing.

While some investors view Metaverse as a great evolution for Facebook, others see it as a distraction. Investors must identify how they can make the most out of the analysts’ scepticism and optimism.