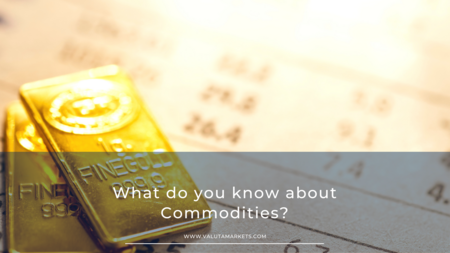 The Ukraine war, among other events, has shocked the commodities market, affecting production, consumption, and trade patterns. This has seen most prices reach historically high levels, which is projected to go to 2024.

Soaring energy prices have felt the energy market’s most significant impact. The cost of food commodities has also increased as Ukraine and Russia have been the largest producers. Fertilizers and natural gas are also on the list of commodities affected by the existing geopolitical tension.

There is a lot currently happening in the commodities market in the energy, minerals, and agriculture categories.

One of the most recent events in the commodities market is the fall in palm oil prices, following the anticipation of sunflower oil shipments’ resumption.

This was seen in the recent fall of the Malaysian palm oil futures resulting from the hopes of resuming the sunflower oil shipments from Ukraine. This change would go a long way in easing the restrictions on the supply of edible oils.

There is also a plummeting demand for soy oil due to reduced consumption following the decline in restaurant and canteen operations.

On the other hand, a drop in ICE Canada canola futures following reports from Russia on its intentions to allow vessels with food to leave Ukraine if some sanctions were lifted.

When sunflower oil shipments resume, global oil supplies are expected to increase. Palm oil imports to countries like India are thus likely to slow down following the resumption. Soy oil and palm oil contracts have seen a drop.

Gold experienced losses after the Fed expressed its plans to hike interest rates to mitigate inflation, hurting the economy’s performance.

Despite bonds and equities falling, gold experienced a slight fall in April due to increased interest rates and the US dollar. On top of inflation, geopolitics will affect the performance of gold in the commodities market.

The short-term high interest rates designed to curb inflation cause a higher opportunity cost for holding bullion as it is non-yielding.

In other news, SPDR Gold Trust, which is the largest gold-backed exchange, reported an increase in its holdings at some point.

Gold prices continue to fall. This has been chiefly due to pressure to sell the metal following inflation figures. Note that the US dollar moves against the gold prices. Gold prices are expected to go lower, creating opportunities when the prices climb.

Things continue to look bad in the US, and there is a dollar rallying. Remember that gold is susceptible to interest rates, and the aggressive increase in the rates to mitigate inflation is hurting the metal.

The sugar production and availability estimates are expected to reach a surplus of 3.1 million tons, more than the earlier predicted 1.1 million tons surplus.

The market swings being experienced in the Black Sea region have caused turmoil in wheat futures alongside other grains.

Following the news of Russia’s offering to allow food shipments out of Ukraine, wheat futures have been mixed in the past couple of days. The hope of an increase in shipments, technical selling, and suitable planting weather pushed the futures low for several weeks before recovery.

This was followed by fluctuation and drop in the futures following enhanced production, settling tight global supply concerns. Following this low, the futures went higher due to new concerns about tight supplies of the commodity and bargain buying.

Another sharp low was also experienced, and this time due to speculations causing profit-taking and selling.

Wheat futures in Chicago experienced a fall towards $11 per bushel following the tight supplies concern. The move by Russia to open corridors for food shipments and the North American producers’ shift of attention from corn production to wheat are expected to increase supplies.

At the same time, it is essential to note that there will be a decline in wheat production from Ukraine due to destruction and logistical challenges caused by the ongoing war.

The Indian government has also declared a ban on exports of the commodity to increase food security in the country because the increased prices would encourage traders to export wheat instead of selling it to the government.