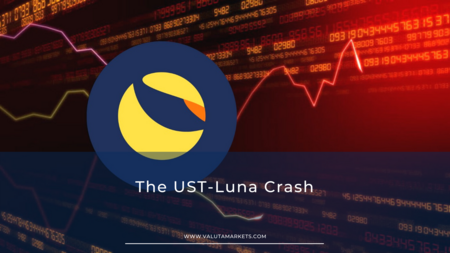 The crypto market is again facing turmoil, but this time due to the UST-Luna crash. UST stablecoin and Luna are both tied to the terra blockchain. The collapse has shaken the crypto market because over $17 billion has been wiped out in crypto value, and the crash raises concerns about the reliability of the stablecoins.

Early in the month, the stablecoin UST lost its position to the US dollar. Worse still, the built-in arbitrage mechanism was unable to address the issue. This resulted in panic selling by investors. The Terra Blockchain cofounder, Do Kwon, had a plan to revive the cryptocurrency.

As aforementioned, the main reason the crash came as a surprise to many investors is that being a stablecoin, it is supposed to stay at $1, which is no longer the case. In addition, Luna, the cryptocurrency that was supposed to back UST, also lost its value.

The UST stablecoin, which was designed to maintain a value of $1, fell to just $0.07. On the other hand, Luna fell from $85 to $0.02; note that this has been one of the most significant crashes ever in the crypto market.

While the crypto market conditions are not looking good, it is safe to say that the UTS-Luna crash was unprecedented. Bitcoin has been in the red for several weeks now, and ether, on the other hand, has experienced one of its highest lows.

For Bitcoin and Ether, it has been expected given that the cryptocurrencies are known for their volatility. For UST, it is surprising as it is a stablecoin. The crash, which led to loss of billions of dollars in value, has shaken the crypto market.

What Is a Stablecoin?

To understand why the UST-Luna crash has been such a big deal, you need to understand it. A stablecoin is essentially crypto whose value is tied to another more stable currency.

Stablecoins are important in blockchain as they minimize the volatility of conventional cryptocurrencies. They allow investors in the crypto market to earn from their digital assets while at the same time avoiding the risk of volatility.

They have a fixed value, meaning their fluctuation is not as easy as typical cryptocurrencies. This makes them an instrumental part of decentralized finance as it provides traders with a means to hedge their investments against volatility.

Thanks to stablecoins like UST, crypto borrowing and loaning are made possible.

What are UST and Luna?

Luna is a crypto token produced by the Terra blockchain. Burning Luna creates UST, on the other hand. For instance, using the deflationary protocol, you can get 85 UST from one Luna when Luna was trading at $85.

To encourage traders to create UST, the creators offer a high yield of almost 20% on staking, which is way more than what traders get by keeping their savings in a bank. Before the crash, about $14 million, which is 70% of UST’s circulating supply, was dedicated to Luna burning.

If you have noticed, the effects of the crash have been worse on the value of Luna compared to UST.

While there is speculation of the crash resulting from a malicious attack by creating a prominent position in UST to short bitcoin by unstaking billions of worth of UST at once, they remain claims and have not been confirmed.

Why Does The UST-Luna Crash Matter?

Over $17 billion worth of crypto value has been wiped out through Luna and UST alone. This is one of the things that make the crash a big deal.

The crash brings attention to the other stablecoins and questions their stability. While UST being an algorithmic stablecoin makes it somewhat different from others like USDC and tether, the stability of the other coins is still in doubt. Tether has been accused of lying about the value it holds in the reserves.

Investors worry that if the speculations of an attack on UST are true, the same could happen to other stablecoins.

It is also essential to note that the crash has caught the attention of powerful regulators and politicians. The crash has served as a reminder of how fast the products grow and the associated risks. The preparation of proposals to regulate stablecoins to protect investors from such events is underway.

Bottom Line; What Next for UST and Luna?

Kwon, Terra’s cofounder, has a plan to revive the token. It involves forking out the blockchain to create a new chain that will not include UST stablecoin.

There are also plans to create 1 billion Luna coins to be distributed to pre-crash and post-crash holders and developers of Luna and UST.

The proposal is being contested through voting, and should it be adopted, proposed forking will take place. Terra was a thriving blockchain, but its future has been unclear since the crash. Even if the new blockchain is accepted, this is not likely to be the same, especially with the absence of its stablecoin UST.