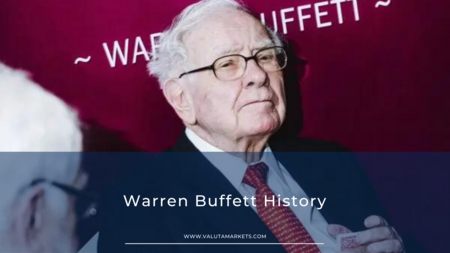 Anyone who has even a remote interest in investing knows Warren Buffet. Fondly referred to as the Oracle of Omaha, the CEO of Berkshire Hathaway consistently ranks among the wealthiest people in the world, with a listed estimated value of $115.9 billion as of May 5th, 2022. This American businessman is also known for his philanthropic works.

As mentioned before, Warren Buffet is a household name as he is among the most successful investors worldwide. This is not surprising considering that his investment strategy has achieved mythical proportions in the business world. Forbes May 2022 lists Warren Buffet as the fifth richest man globally.

His nickname Oracle of Omaha comes from his investment choices. He lives and works in Omaha, Nebraska. He still lives in the same home he purchased in 1958 for $31,500. In today’s estimation, the market price of his house is $250,000, which is about 0.001% of his total wealth. By multi-billionaire standards, this is a very modest home.

Warren Buffet was born Warren Edward Buffet on August 30th, 1930, to parents Howard and Leila Buffet in Nebraska. His father would later join the congress in 1942. At 11 years old, he purchased his first stock, where he bought six shares of Cities Service at $38 each. He kept three shares for himself, and the other three were for his sister Doris. At one point, the stock fell to $27 but shortly rose to $40, at which point both siblings sold their shares.

Almost immediately afterward, the company stock shot to over $200 per share. Young Warren was confident that he would become a millionaire before turning 30, which he told a friend in 1943. By 1945, he earned a monthly income of $175 as a Washington Post delivery boy. At only 14 years, Buffet invested $1,200 of his own savings into a 40-acre farmland.

In 1947 when in senior year, he and his friends bought a used pinball machine for $25. He considered the potential profit and placed it inside a local barbershop. In just a few months, he owned three different machines in different locations and sold this business for $1,200 to a war veteran a year later. In this same year, he had earned over $5,000 delivering newspapers.

His father suggested that he should join college, which Warren wasn’t particularly enthusiastic about. Regardless, he enrolled at Pennsylvania’s Wharton School of Finance and Commerce in the same year. However, in 1949, Warren transferred to the University of Nebraska, earning his BSc in business administration after three years. On completion, he received a job offer from J.C Penney but turned it down. His savings stood at $ 9,800 at this point.

After emerging from the University of Nebraska with $9.800 savings from his businesses, Warren Buffet applied to join Harvard Business School. His application was rejected, but he was accepted into Columbia University’s Graduate School of Business. Columbia was a turning point for young Buffet, and it is where he met Benjamin Graham.

Benjamin co-authored the landmark textbook Security Analysis with David Dodd, and his philosophy has significantly influenced Buffet’s investment decisions since they first met. Graham’s theory, value investing, encourages stock pickers to purchase shares much cheaper than indicated by a company’s net worth. It means that investors should look for stocks selling below their intrinsic value, which he gets from subtracting a company’s liabilities from the assets.

After graduate school, Warren Buffet worked for his father at his brokerage firm, where he had to travel frequently to Lincoln, Nebraska, to analyze the company’s reports. He was excited about just poring through the raw data rather than reading the brokers’ reports. He maintains this practice to date. In 1954 he left Omaha for Wall Street, joining Benjamin Graham’s investment firm.

On Wall Street, Buffet got the opportunity to work with his mentor Graham. Within the next two years, he had a wife, Susan, and two children and was worth $140,000. Graham closed the doors of his investment firm in 1956, and in the same year, Buffet left New York for Omaha, where he opened an investment partnership. Although he did not lay everything out for his investors, the bottom-line results were impressive.

For the next 13 years, his company Buffet Partnership Ltd. made 29.5% in compounded annual returns. He also raised $105,000 from investors to start a partnership that he would close 13 years later. When he closed it, it was worth $105 million, and Warren himself was worth $25 million. One of his investments along the way, a textile manufacturing firm in Massachusetts, would be the business to generate billions in the future for his empire.

The company in question is Berkshire Hathaway, and he is still its CEO to date. Currently, Berkshire Hathaway is a holding company for several businesses with headquarters in Omaha, Nebraska. Some notable companies under this conglomerate include Fruit of the Loom and GEICO.

Warren Buffet is a successful investor whose investment style reflects a down-to-earth and practical attitude. He maintains humility in other areas of his life, choosing to lead a simple life. He doesn’t collect expensive or fancy cars and still lives in the same family home since 1958. Whether or not you agree with his attitude towards life, he is undoubtedly one of the greatest business minds to have ever lived.