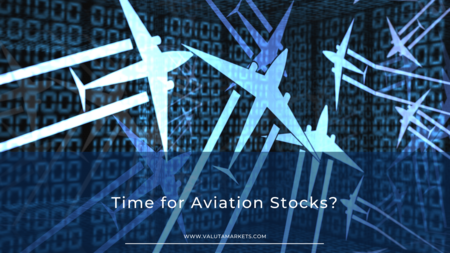 It might seem odd to consider investing in any stocks or financial markets in the current economic state. If you are interested, now is the time, and current inflation and renewed pandemic concerns shouldn’t dissuade you. Gas prices are surging rapidly, and so far in the year, jet fuel prices have gone up over 126%. The United States Global Jets ETF, an exchange-traded fund that tracks the aviation industry, fell 9.3% between 18th April and 18th May.

Fortunately, people are excited to travel. This summer, more people are flying to their vacation destinations, especially since this is the first summer since the pandemic began, where international travel is widely permitted. So, while inflation and fuel prices continue to hike, airline stocks still have the potential to thrive long-term.

The very fact that American airline Delta posted a fairly flat revenue despite a significant sequential quarterly surge in COVID-19 cases in 2022 indicates that consumer travel is substantially less sensitive to the pandemic than it was in the past quarters. If you are ready to take on short-term uncertainties for long-term profits, here are some of the best aviation stocks to invest in this year.

This airline was the original discounter but is currently one of the industry titans, no longer categorized as a nonconformist start-up. Southwest Airlines is based in Dallas and is the only major carrier to avoid landing in bankruptcy court. Its simple operations have made the aviation company profitable even when rival airlines are struggling.

Southwest has experienced labor issues as it rushes to rebuild its flight schedule. However, its track record over the years supports the projection that the airline will overcome these disruptions. Southwest Airlines has the most impressive balance sheet and is a favorite among investors, thanks to its resilience.

United Airlines has one of the largest operations, catering to the U.S. energy sector and Silicon Valley. The corporation also caters to a massive network across Asia. Since these three markets are highly cyclical, United’s performance can mesh and flow with energy or tech. Based in Chicago, United Airlines was, for a long time, envied by other players in the industry.

That was mainly because of its large presence in important business markets and its ability to provide unmatched connections to corporate travelers. While some of that waned during the pandemic, its network still greatly benefits the aviation group.

Delta is undoubtedly one of the greatest driving forces behind most of the industry’s recent innovations. Based in Atlanta, it started a round of consolidations that helped stabilize its business operations, particularly when it purchased Northwest Airlines in 2008. It also revamped pricing to have a competing chance against discounters.

Delta actually purchased an oil refinery to ensure consistent access to jet fuel supplies. The airline is an industry leader, and so wherever it goes, others follow. In this post-pandemic era, Delta still has a stable balance sheet and fairly solid labor relations. These factors make it a good candidate among the international airlines expected to recover fully. Delta stocks are hence a good investment option.

This aviation company is a classic brand under new management. The group has adopted a discounted mindset since merging with U.S. Airways in 2015. It is based in Fort Worth, undertakes massive operations, and enjoys strong connections with key European partners. While it is a major aviation company, its high debts and route network optimization for international travel network has made it difficult for investors to shake off its pandemic-related issues.

According to company officials, the American Airlines Group is actively working on partnerships with JetBlue Airways to provide extra service to the American Northeast.

ATSG offers cargo transport for the international and U.S. markets. Air Transport Services Group’s one-year performance has been solid, boosted by its strong operating performance. E-commerce has significantly contributed to its progress and will keep boosting sales. Most companies have learned that slower delivery options can sometimes be more reliable.

Recently, ATSG posted its first-quarter results, significantly surpassing analysts’ estimates. The sales stood at $485.86 million, a 29.2% increase from the previous-yearly income and a good $10.93 million beat. Moving forward, the company expects a record EBITDA adjustment of $640 million, a considerable $100 million from the previous year.

ATSG also forecasts a $590 million capital expenditure to expand and improve its fleet. Though the corporation has registered a negative cash flow in the past five years, it has avoided taking on debts to fund this expansion.

Aviation stocks are a good investment option now, but if you feel bullish about these five options, you can go for lower-risk investments, such as ETFs. Currently, the IBD ratings for aviation companies are still not very convincing, but some have entered the buy zones. If you have decided to invest in any of these, go for the ones with better ratings.