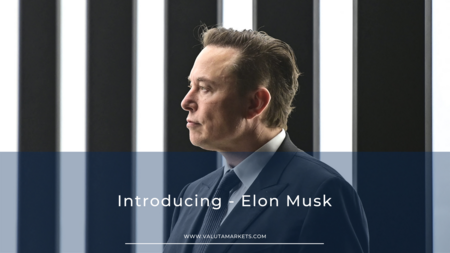 Elon Musk is undoubtedly one of if not the most famous billionaires worldwide. Having risen to global fame as the CEO of Tesla Inc., a lucrative electric autos maker, and the lead designer of SpaceX, most people are intrigued by him. Currently, Mr. Musk is the richest man on earth, richer than Amazon’s Jeff Bezos and Microsoft’s Bill Gates.

Musk’s private life has also generated high interest among fans and critics, having had relationships with Amber Heard and Grimes. These have been the focus of numerous gossip columns and commentaries. Still, the main reason behind his fame is his two current ventures, TESLA and SpaceX.

He has interests in other companies and is the founder of The Boring Company and co-founder of Neuralink. As of 5th May 2022, Elon Musk’s estimated net worth is $255.1 billion. Keep reading if you are interested in learning the background story of this brilliant chief executive officer who has just made a deal to purchase Twitter for $ 44 billion.

Elon Musk was born Elon Reeves Musk in 1971 to parents Errol Musk and Maye Musk in Pretoria, South Africa. Errol Musk is a South African engineer, and Maye is a Canadian nutritionist and model. Elon Musk comes from a wealthy family. He is quoted as saying that they sometimes had so much money it was impossible to close the safe. His parents divorced in 1980, and after the divorce, Elon Musk lived primarily with his father.

Later he would brand him as a terrible human being, and the billionaire and his father remain estranged to this day. Elon Musk is the oldest of three siblings and has a younger brother Kimbal Musk and a younger sister, Tosca Musk. Young Musk was good with computers, and at age 12, he designed his first video game.

He attended the Waterkloof House Preparatory School, Bryanston High School, and Pretoria Boys High School. He later studied at Pretoria University for five months before relocating. In Canada, he studied at Queens University before transferring to the University of Pennsylvania. There, he studied physics and business between 1992 and 1997.

Interestingly, he enrolled at Stanford University for a Ph.D. in physics but dropped out after just two days to seize the opportunity in the booming Internet and Silicon Valley. With a $ 28,000 loan from his father, he and his brother Kimbal started Zip2, an online business directory service, in 1995.

The brothers sold their company to Compaq Computer Corporation in 1999 at $ 341 million, with Musk receiving a share of $ 22 million from this deal. He later used his buyout proceeds to create X.com, which would be categorized as a fintech venture in today’s world.

Elon Musk later merged X.com with Confinity, a money transfer firm. The resulting company was PayPal. He was ousted as the CEO by Peter Thiel before eBay bought the company for a whopping $1.5 billion. Musk still made $180 million after taxes because of his 11.7% stake in the company.

In an interview in 2018, Mr. Musk said that he invested $10 million into SolarCity, $70 million into Tesla, and $100 million into SpaceX. At that point, he was left with nothing and had to borrow money to make rent.

Note: In 2017, Musk reacquired the X.com domain name from PayPal for sentimental reasons

Tesla is the company that shot Elon Musk to fame. Unknown to many, he became engaged in the electric vehicle venture in 2004 as an early investor. He contributed approximately $ 70 million before joining engineers Marc Tarpenning and Martin Eberhard to help run Tesla Motors. Following disagreements, Musk ousted Eberhard in 2007, assuming the positions of company CEO and product architect.

Under his leadership, Tesla Inc. is now the most valuable automaker worldwide and is among the most famous brands. Besides manufacturing cars, Tesla commands a strong presence in solar energy after acquiring SolarCity for Tesla Energy. The company produces two rechargeable solar batteries at the moment, the smaller Powerwall and the larger Powerpack.

SpaceX stands for Space Exploration Technologies Corporation, and it is a rocket developing company. He founded it in 2002 using his proceeds from the 11.7% PayPal stake. As CEO, Mr. Musk has helped the company land substantial high-profile contracts to design rockets with NASA and the U.S Air Force. He has announced that SpaceX plans to send an astronaut to planet Mars by 2022, in collaboration with NASA.

Elon Musk has achieved tremendous feats, and most recently, he announced that he had reached a deal with Twitter to purchase the social media giant at $44 billion. In 2021, Musk revealed that he had a condition known as Asperger’s syndrome, which causes him to interpret his environment differently from those that don’t have it.