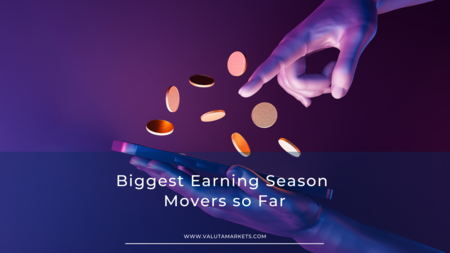 Earning seasons are periods when there is the most volatility in individual stocks. Publicly traded companies report their quarterly and annual earnings every quarter, creating the earning season.

Most companies’ earning seasons are quarterly but can also be semi-annual in some foreign markets. It often falls in the first few weeks following the end of the previous fiscal quarter and may last up to six weeks.

If you own diverse stocks, you will likely be in the earning season more times than when you are not.

What Is The General Earning Season Schedule?

The general dates for earning seasons per quarter for companies with a regular fiscal quarter include:

What Is The Significance Of The Earning Season?

Earning seasons are the busiest time for investors and persons that watch the markets. Long-term investors and active traders are impacted by this buzz of reports and activities in the markets. The market is usually more volatile during the earning season. This may, for instance, be a result of a company’s results not matching the expectations of analysts.

One company’s results may drive a reaction from market participants, which can have a ripple effect on other companies in the same sector or the broader market. Investors looking to buy a company’s stocks use the earnings reports to evaluate the business’s health.

If you own stocks, the earning season provides an excellent opportunity to stay updated as a shareholder. With this information, you can then decide to buy more stocks or sell.

The earning season is more so crucial for growth-oriented companies.

How Can You Benefit From The Earning Season?

If you are a long-term investor, the earning season is an opportunity to evaluate whether your definitive statement regarding certain stocks is still valid. The earning season is also characterized by swings, which you can leverage to make money by buying or selling stocks.

You can also create financial models for companies you intend to buy stocks from and use the information to invest in the right stocks.

Pinterest, a social networking service, is one of the biggest movers boasting an absolute average post-earnings percentage shift of 17.4. In previous earning seasons, Pinterest has beat analysts’ earnings expectations and also experienced a plummet in share price in about 24 hours.

Pinterest stocks have also been experiencing an average gain of 4.1% through nine earning seasons since it went public.

Tech giants are also big market movers in the earning seasons. Meta Platforms, the parent company of Instagram, Facebook, WhatsApp, and other subsidiaries, dropped by 32.8% following the last quarter’s report wiping out market capitalization worth $300 billion.

The weak reports would see long-term investors try to build a position in the tech giant at a discount. Besides that, the market reaction would be avoiding Meta Platforms stocks as analysts were already recommending against having the stocks in the top ten of the lists of stocks to buy.

Broadcom Inc. shares rose following its first-quarter reports that featured sales and profits that exceeded forecasts. The company’s earnings per share were $8.39 on an adjusted basis. This was above the previous year’s earnings per share, which were $6.61 per share.

The earnings report results exceeded forecasts of $8.13 per share and revenue of $7.61 billion.

Chevron’s price per share climbed 10.8% following a spike in oil prices, going above $95 per barrel. This was, however, after a stumble in the share price following the company’s disappointing report on profits. Due to the soaring oil prices, the company could still reduce its debt and record free cash flow, maintaining a high share price.

The four companies above are among those that made the biggest moves after earnings reports. Whether it is winning or losing, the anticipated post-earnings movements are worth considering. The earning seasons and movements can be instrumental for your stocks analysis and investment decisions.

It is also important to note that stocks performance can still be good despite bad financial reports due to other external factors like Chevron’s case.